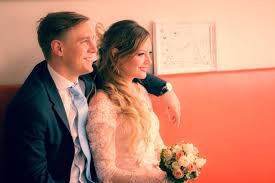 (May 17, 2017) In a ruling issued on May 10, 2017, the Brazilian Federal Supreme Court (Supremo Tribunal Federal, STF) determined that, for the purpose of inheritance rights, “stable unions” and marriages have the same legal value, providing partners in stable unions the same rights as those of  married persons.  (STF, Recurso Extraordinário (RE) 646721, STF website.)  In a related ruling, the STF further determined that, for the purposes of inheritance rights, the equivalence of partners in a stable union and married persons also includes homosexual couples. (STF, RE 878694 (May 10, 2017), STF website; Felipe Pontes, STF:União Estável e Casamento São Iguais para Herança, Incluindo Homoafetivos, AGÊNCIA BRASIL (May 10, 2017).)

In addition, the STF determined that the decision has general repercussions and applies to all inheritance disputes in the different instances of the courts.  According to the ruling putting stable unions and marriages on the same legal footing, article 1,790 of the Civil Code, which determined different rules for inheritance in the case of stable unions, is considered unconstitutional.  (Pontes, supra; Código Civil, Lei No. 10.406, de 10 de Janeiro de 2002, PLANALTO.)

Article 1,723 of the Brazilian Civil Code recognizes as a family entity a stable union between a man and a woman that is configured in a public, continuous, and lasting relationship for the purpose of forming a family.  (Código Civil, art. 1,723.)

An extraordinary appeal is an appeal filed with the Federal Supreme Court contesting the decision (acórdão) of a lower tribunal that contradicts a constitutional norm, declares unconstitutional a federal law or treaty, or considers valid a law or act of a local government contested under the Constitution.  Its main purpose is to preserve the violated constitutional provision.  (4 MARIA HELENA DINIZ, DICIONÁRIO JURÍDICO 77 (2005).)

Constitutional Amendment No. 45 of December 30, 2004, included as a prerequisite for the admission of an extraordinary appeal the requirement that the constitutional question being raised present an issue with general repercussions. (Emenda Constitucional No. 45, de 30 de Dezembro de 2004, PLANALTO.)

In order for the Federal Supreme Court to examine the admissibility of an extraordinary appeal, which may be rejected only by agreement of two-thirds of its members, the appellant must demonstrate the general repercussions of the constitutional questions argued in the case, as provided by law.  (Constituição Federal, art. 102 § 3, PLANALTO.)

According to the Federal Supreme Court, the purpose of the requirement for the admissibility of an extraordinary appeal being based on a constitutional issue of general repercussions is to define the jurisdiction of the Federal Supreme Court in trials of extraordinary appeals that have social, political, economic, or legal relevance that transcends the subjective interests of the case and, as a practical matter, to standardize the constitutional interpretation without requiring the Court to decide multiple identical cases on the same constitutional issue.  (Finalidades,Apresentação do Instituto, STF website (last updated Dec. 5, 2016).)