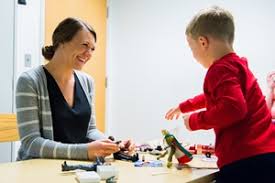 May 21, 2014) Legislation approved by the Brazilian Chamber of Deputies on May 14, 2014, makes sexual exploitation of children and adolescents a heinous crime. The legislation will be sent to President Dilma Roussef for her signature. (Press Release, Câmara dos Deputados, Câmara Aprova Projeto que Torna Crime Hediondo a Exploração Sexual de Crianças (May 14, 2014).)

The approved measure also classifies as heinous crimes forcing, inducing, or enticing a person who is less than 18 years of age to engage in prostitution or other forms of sexual exploitation. This crime will be punished with four to ten years of imprisonment; the penalty is also applicable to whoever facilitates such practices or makes it difficult for the victim to abandon the activity. (Press Release, supra.)

The same punishment is applied to anyone who is caught having sex or engaging in lewd acts with a person who is less than 18 and older than 14 years of age in the context of prostitution. Similarly, the owner, manager, or person responsible for the place in which prostitution occurs may also be punished with the same criminal sanctions, and if the crime is committed for the purpose of obtaining economic advantage, a fine is also applicable. (Id.)