Is it possible to reduce the high fines stipulated in the New Immigration Law? 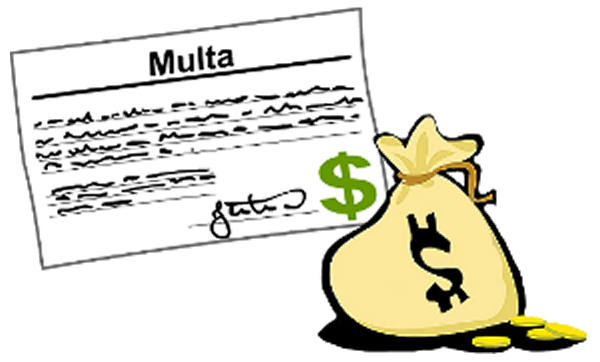 What about these high fines stipulated on the new Immigration Law?

First, let me introduce myself. I start today a column in The Rio Times with a view of addressing the many legal aspects that a foreigner will encounter when immigrating to Brazil. For 19 years already, I have practiced law on these matters and therefore it might be that I have a bit of important advice that could be useful to The Rio Times’ readers. So I sincerely hope that this column may be of help to somebody!

The new immigrant law, dated from 2017 (law 13.445/17) brought in a more humane approximation between the Brazilian state and the immigrant, unlike the old Immigrant Statute created in 1980. The old law 6.830/80 did not have the concerns the new law brought (this law was created during  the military dictatorship, and was somehow concerned with  the immigrant as a possible threat to national security and economy).

This is a major step forward in the Brazilian government’s immigration policy, based on universal human rights – the new law provides for the observance of the following principles: universality and interdependence of human rights; repudiation and prevention of xenophobia, racism and any form of discrimination; the non-criminalization of migration; non-discrimination on the criteria or procedures by which a person is admitted in national territory; the promotion of regular entry and regularization of documents; humanitarian reception; the guarantee of the right to family reunion; equal treatment and opportunity for migrants and their families; the social, labor and productive inclusion of the migrant through public policies among many other rights.

Not all the changes are positive though: the new established penalties were considered more severe than the ones from previous legislation. In fact, the amount of the overstay fine  was previously R$ 8.27 (eight reais and twenty-seven cents) per day of irregular stay up to a limit of eight hundred and twenty-seven reais  – R$ 827.00). The new legislation determines a fine of R$ 100.00 (one hundred reais) per day of irregular stay – up to R$ 10,000.00 (ten thousand reais), a significant reform in the values of penalties.

However, studying the law in question, it is patent that there is a great deal of room for contestation, since according to the art. 300, § 3, of  Decree 9199/17 (the decree that regulates the law), the final value of the fine must respect the financial capacity of the parties.

This is, of course, a great difference that impacts hugely the immigrant that overstays. I am not being in favor of the overstay, but as a matter of fact, in many situations the lack of information that there is on Polícia Federal, Ministério da Justiça and other entities that deal with the immigration is responsible for the overstay. On other cases, lack of knowledge of laws and timeframes or, plainly saying, necessity is the cause.

In our view, if there is a lack of financial capacity on the part of the fined party, this should allow for the Federal Police to re-assess the penalties.

This is because, as it is ensured in the Migration Law itself, the principles of contradiction and ample defense, (this right being guaranteed also in the Federal Constitution) plus the analysis that the financial, human and social analysis of the foreigner is a principle of the law, there is an opened room for the respondent to legally contest with the Federal Police the value of these penalties.

Plus, and moreover, the article 305 of the said decree expressly authorizes that when fining, the authority could assess that financial capacity of the traveler.

The situation is at the discretion of the administration that is judging each case and the analysis of the financial and social situation, so to decide, to a certain extent in its subjectivism, whether the fine should be altered or not.

In fact, there are already several cases of administrative proceedings contesting the final value of the fine applied. Of course, as there is a significant number of successful cases in relation to the request for revaluation of the penalty amount, there are also cases of non-success.

In some cases, it has also been verified that there was an INCORRECT CALCULATION OF THE SURPASSING DAYS AND, THEREFORE, THE IMMIGRANT GOT CHARGED MORE THAN THE AMOUNT OF FINE DUE.

One thing, though, that damages that defense is the lack of observing a timeline for contesting the penalty. To appeal the fine the foreigner  must observe the deadline stipulated in the fine itself, usually of 10 days.

It is important, thus, that this timeframe is observed by the penalized.

In conclusion, since the new immigration Law gives way to the financial capacity being  a criteria for the application of the law itself, there is hope of less harm for those who have been caught at the traps of overstaying in Brazil. After all, no one likes to pay fines, right?

*Sergio Botinha is a lawyer specialized on international matters in Brazil.

Our office, Botinha & Cabral, has been operating in the market since 1999, representing the migrant in all sorts of services. We are also working in assisting the migrant assessed by the Federal Police to reduce or cancel the fine. It should be emphasized, once again, that it is necessary to analyze case by case, especially the socio-economic situation of the migrant. If you need any help on this regard, or in any immigration matters, please contact us. We will be glad to assist you.