Taxpaying in Brazil for foreigners 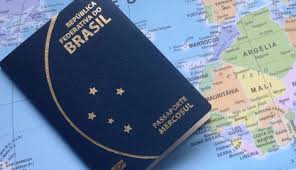 22 answered questions about living and working in Brazil

1. Is my CPF number cancelled upon my departure from Brazil?

No. the CPF number will continue to identify you before the Brazilian Tax Authorities for any act that requires a CPF number.

2. Are expenses related to Portuguese classes for my family, which are paid by the company, considered part of my earnings? Are they subject to tax?

Yes. Amounts paid by the company for such classes are considered fringe benefits granted to you, which shall be treated as part of your earnings and, as such, subject to taxation.

3. I came from a country where the tax rate is higher than 27.5%. Will I get a refund, in Brazil, for the tax paid abroad?

4. After my departure from the country, I intend to rent the real estate property I own in Brazil. Is there a procedure to be followed in such situations?

Yes. Should you receive rental payments for a property located in Brazil after filing of your final Brazilian return (fiscal closure upon departure), you will be subject to a flat 15% income tax rate. This tax shall be paid on the date the income is received, through a tax-collection voucher (DARF) indicating ‘9478’ as the revenue code.

5. I will close all my Brazilian bank accounts at the time of my departure from the country. How will I receive a tax refund from the Brazilian tax authorities, in the event I am entitled to one?

Should your final Brazilian return (fiscal closure return) disclose a tax refund due you and no bank account is indicated as the one to be used by the tax authorities for the corresponding credit, the refund will be deposited, and will be at your disposal, in an account at Banco do Brasil, to be transferred to a Brazilian account in your name or that of your power of attorney,

6. I will receive from the foreign parent company, on an annual basis, amounts relating to profits and dividends. How will the Brazilian tax authorities treat such income?

As a general rule, profits and dividends received from a legal entity domiciled abroad are subject to the monthly mandatory income tax prepayment (referred to as ‘carne-leão’) and should be reported as taxable income on the annual tax return filed by the beneficiary. However, depending on provisions set forth in international agreements, conventions or tax treaties executed by and between the country of origin of such income and Brazil, or in light of reciprocal tax treatment being provided for in the said countries’ domestic tax legislation, different tax treatments might be applicable.

7. After my departure from Brazil, I will receive a residual value related to the preceding year bonus from the Brazilian legal entity. How will the Brazilian tax authorities treat such income?

Any income received after your departure from Brazil or, in other words, when you are no longer deemed to be a resident taxpayer, shall be subject to Brazilian income tax at a flat rate or will be exempt from Brazilian income tax, depending on the country that is considered your tax domicile at the time the payment is received.

8. I am paying education expenses for my dependents living abroad. May I treat such expenses as fully deductible on the annual Brazilian individual tax return?

These expenses are not fully deductible. Although such expenses should be reported on your Brazilian income tax return, their deductibility is subject to a limit established by the relevant legislation.

9. May I take a deduction, on my annual Brazilian individual tax return, for medical expenses incurred abroad?

Yes, medical expenses are fully deductible (regardless of the tax domicile of the individual/entity that renders the service), provided that they have not been reimbursed to you by a health plan and you can substantiate the expenses through reliable documentation, if and when requested to do so by the Brazilian tax authorities.

10. If my annual Brazilian individual tax return shows an amount is owed by me, must the corresponding payment be made exclusively at a bank branch?

All Brazilian federal taxes are payable through the tax-collection voucher referred to as ‘Documento de Arrecadação de Receitas Federais – DARF’. They may also be paid online over the internet, through the ‘Payments’ option of your Brazilian bank’s website.

11. I entered Brazil under the type ‘V’ visa (temporary resident), without being covered by an employment contract. When am I considered a resident taxpayer for purposes of Brazilian taxes?

A foreigner that enters Brazil under such a visa is considered a resident taxpayer after completing 183 days of presence in the country, within any given 12-month period.

12. I entered Brazil under the type ‘V’ visa (temporary resident), with an employment contract. When am I considered a resident taxpayer for purposes of Brazilian taxes?

A foreigner that enters Brazil under such a visa is considered a resident taxpayer on the date he/she entered the country.

13. I am considered a resident taxpayer and receive salary income both in Brazil and abroad. How will my total compensation be taxed by Brazil?

Resident taxpayers are liable for Brazilian income taxes on their worldwide income. Brazilian income tax (‘carne-leão’) is imposed, on a monthly basis, on compensation received from foreign sources, based on a progressive tax table. Compensation received from a Brazilian employer is subject to Brazilian withholding income tax (IRF), also on a monthly basis, computed according to the same progressive tax table. Any possible adjustment relating to overpaid or underpaid monthly income tax (‘carne-leão’ and/or the IRF tax) will be made through the annual Brazilian individual tax return that should be filed with the tax authorities by the last workday of April of each year.

14. Being a foreigner considered a resident taxpayer, am I eligible for the rights set forth by the Brazilian labor legislation, like any other Brazilian employee?

Yes. A foreigner that entered the country under a type ‘V’ visa (temporary resident) with an employment contract and, as such, is considered a resident taxpayer as of his/her arrival date, is subject to Brazilian labor legislation (‘Consolidação das Leis Trabalhistas – CLT’).

15. I will sell my real estate property abroad to acquire real estate in Brazil. Since I expect to realize a capital gain upon the sale of the foreign property, will I be subject to Brazilian taxes on this gain?

No. Since this property was acquired during the period in which you were not considered a resident taxpayer, the gain will be exempt from Brazilian taxes.

A loss incurred from the sale of shares can only be used to offset similar gains earned in the same month. However, unused losses can be carried forward to offset gains realized in subsequent months.

17. Are capital gains exemption limits the same for real estate transactions and sales of stock? What is the applicable rate and when is the corresponding capital gain tax paid?

A real estate transaction can be treated as an exempt operation if the sale price of property is not more than R$ 35,000 (considering all sales made in a given month). For information about other capital gains exemptions, please refer to the “Capital Gain” chapter in this booklet. With respect to sales of Brazilian stock, aggregate sales up to R$ 20,000 are exempt (again, considering all sales carried out in a given month). The capital gain tax is calculated at a flat 15% rate and it should be paid by the last workday of the month following the one in which the operation(s) took place.

18. In spite of the fact that she does not earn income (neither in Brazil nor abroad), my wife has a CPF number. Must a return be filed in her name to ensure that her CPF number remains active?

No. In this case, your wife is considered to be your dependent and will be listed as such on your annual Brazilian individual tax return (her name, birth date and CPF number will be indicated in the ‘Dependents’ box of your return). CPF numbers of dependents included in a return filed by a taxpayer are automatically checked.

19. Who is subject to file an annual statement with the Central Bank authorities? When is such a statement due?

Any resident taxpayer possessing capital invested abroad in the amount of US$ 100,000 or higher as of December 31st, 2010 should file a statement disclosing his/her investment(s) abroad with the Banco Central do Brasil (BACEN) authorities. Usually the Central Bank stablishes the deadline for its submittal by the end of the first week of April each year.

20. What is the due date for the annual Brazilian individual tax return?

The tax return should be filed with the federal tax authorities by the last workday of April of the following tax year.

21. I am living in Brazil with a business visa while waiting for my permanent resident visa. May I receive salary in Brazil as of this first entry date?

No. Holders of business visas are not allowed to work in Brazil, in other words, they cannot exercise remunerated activities. They are only allowed to participate in meetings, seminars, etc.

22. I am undergoing a one-year internship (‘estágio’) program in Brazil and all of my compensation is paid abroad. When shall I start paying taxes in Brazil?

A foreigner that enters Brazil under a temporary resident visa, as an intern, shall start paying Brazilian income taxes on his/her foreign compensation after completing 183 days of presence in the country, within a 12-month period.